IndonesiaVietnam and Thailand reached the semi-finals after a 1-1 draw in the last leg of Group A U19 Southeast Asia, with the hosts eliminated.

The game was divided into two contrasting stages, the key point being that captain Khuat Van Khang equalized in the 76th minute, after the previous game, the team approached in rapid succession and played with high intensity. After the 1-1 draw, neither side wanted to score more goals because they were tired and took turns lying on the field. A one-goal draw was enough to help Vietnam and Thailand reach the semi-finals.

In the last 15 minutes, Vietnam only passed the ball back and forth at home, and the opponent was too lazy to rush the ball in. In the stands, several Indonesian spectators shouted and pointed at the players of the two teams. At the same time, Indonesia beat Myanmar 5-1, but no amount of goals was enough. Vietnam, Thailand and Indonesia finished Group A with the same 11 points. But the hosts were eliminated as they were the only ones not to score in these three-team encounters.

Vietnam could have eliminated Thailand instead of Indonesia if they had taken advantage of their better chances in the final game of the group stage. The best chance in the first half came in the 25th minute when striker Nguyen Quoc Viet broke the offside trap to face the goalkeeper. But the Nutifood striker hit the keeper, sending the ball just wide. The Vietnamese reserve players had to jump up to celebrate and hug their heads.

The number of dangerous chances created by the two teams does not exceed the number of scrimmages on the field. On at least two occasions, Vietnamese and Thai players bumped into each other and then pushed each other down. But Laos referee Passet Phongsanit was mild to the players of both teams. There is a situation where he can also draw a second yellow card for central defender Huang Can, which is a red card. Fortunately, the Vietnamese midfielder was ignored by the referee.

In the 72nd minute, the Vietnamese team created more chances without scoring a goal. The Thai team made a cross from the left, and goalkeeper Cao Wenping hit the ball in the penalty area of ​​Kroc Von from the right. The midfielder scored with a header and then took off his shirt and received a yellow card. If this score is maintained, Thailand will continue to lead Indonesia.

But just four minutes later, Ding Nan’s army levelled. Left-back Nguyen Baolong shot the ball through the players’ forest to Fan Kang’s second column. The Vietnamese captain calmly took the ball and then beat goalkeeper Naron Sak with a heart. Van Khang’s table did not end Thailand, but Indonesia’s hopes of continuing. Teacher Shin Tae-yong and students have been training abroad for the past period of time, passing by strong opponents and preparing for the U20 World Cup in 2023. 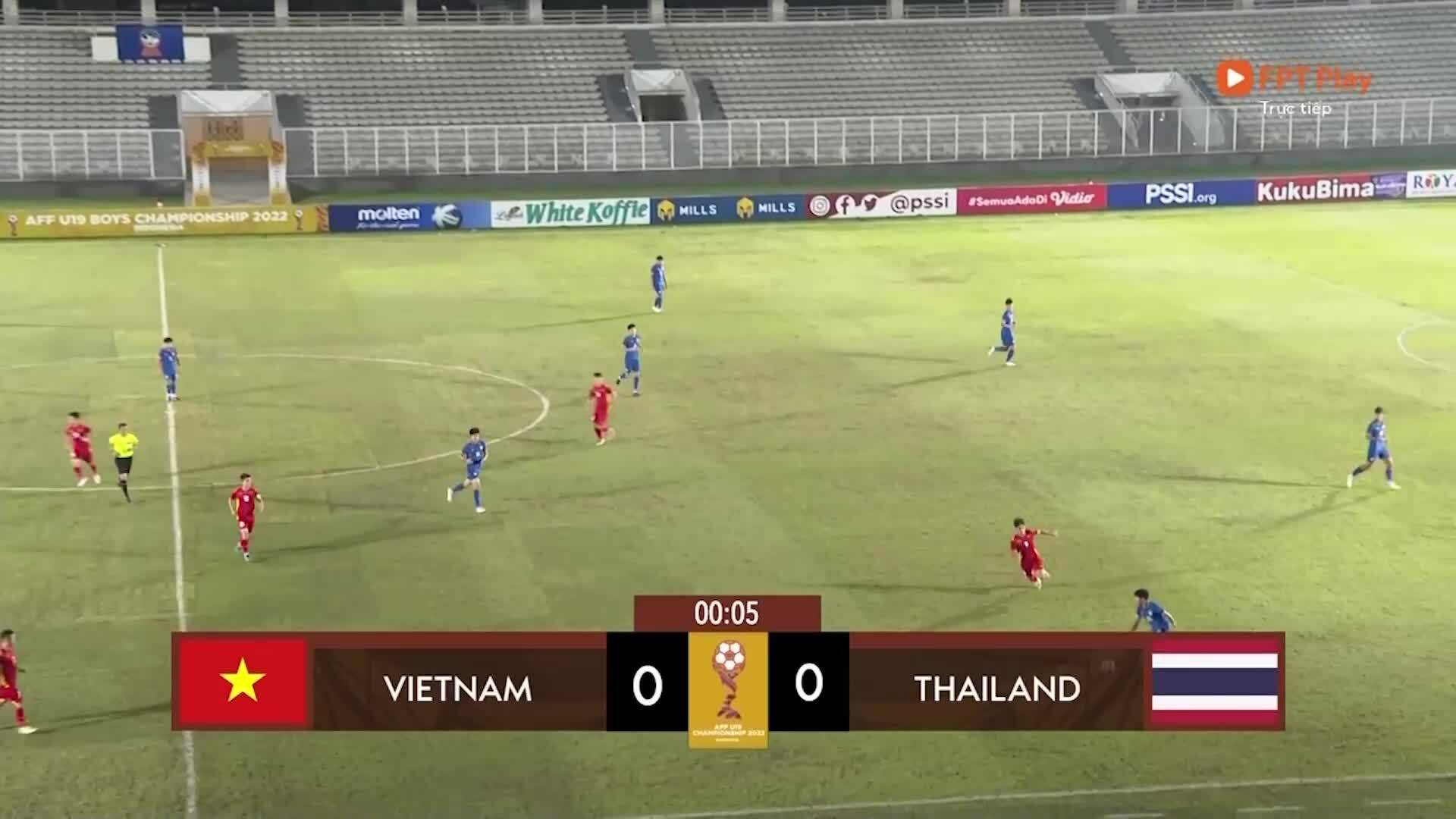 In terms of Vietnam, this team has passed the group stage of the U19 group in Southeast Asia for the first time since 2016, with Deqing, Tianling, Duan Wenhao and others. The only time the team won the title was in 2007, with Nguyen Trong Hoang, Le Van Thang or Hoang Van Binh. Nearly three quarters, the Vietnamese team stopped in the group stage.

Vietnam goes on to take first place in Group A against either Laos or Malaysia, second in Group B, in the semi-final on July 13. Compared with Laos and Malaysia, Vietnam and Thailand both have longer vacation time.

Pedri: “Playing with Lewandowski is a luxury”